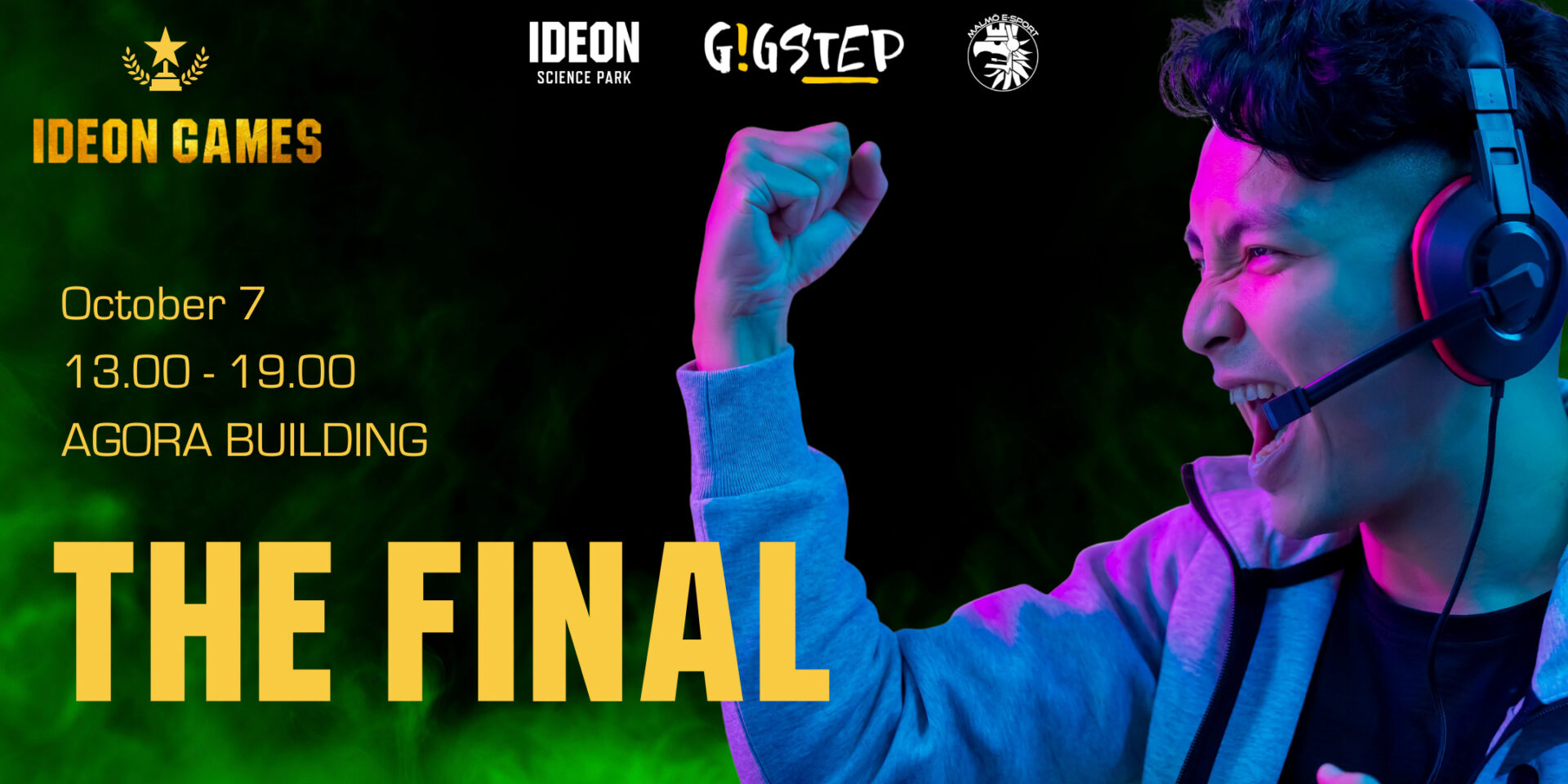 Don’t miss the final of the Ideon Games tournament!

For 6 weeks the teams have played in a virtual tournament against one another, with the same goal; To become the first Ideon Games champions and take home the trophy.

On October 7th the semi final and final will be played in front of an audience. Come join us to cheer on the teams, network and enjoy various food and beverages.

The games will go on throughout the afternoon, starting 13.00, and ending around 18.00. At 16.00, we will get the After Work started where you can buy alcoholic and non alcoholic beverages of your choice.
Here’s what you need to know:

Get a free ticket today, and we will keep you updated on which teams will go on to the finals! REGISTER HERE»