Helios CEO and founder Jonatan Persson had the great honor of receiving first prize in one of Europe’s largest innovation competitions with a climate focus, #Startup4climate! The award ceremony took place at the UN climate summit COP27.

The year’s winner shows impressive potential to accelerate the transition in a sector of decisive importance for climate work in the world – the process industry. Helios Innovations received one million SEK and personal coaching by a jury member of their choice from the competition.

“We are incredibly proud to be part of such a comprehensive change. We work hard every day to enable a greener industry. The prize money of one million SEK will go to a new unit, which will bring us closer to our goal of making one of the world’s most energy-demanding processes, evaporation, less energy-demanding”.

One of the world’s most energy-demanding processes is evaporation in factories. Helios Innovations has developed a more energy-efficient technology that makes use of residual heat that would otherwise have gone to waste. In Sweden, more than 5% of the country’s energy consumption goes to vaporizing industrial process fluids. By streamlining that process, electricity and water can be saved, in the case of electricity, several TWh per year.

“We have invented a technique that utilizes low temperature waste heat to evaporate industrial liquids. Our low temperature evaporation units drastically reduce the cost of evaporating waste liquids, as well as the cost of transport to destruction facilities. By utilizing heat that would otherwise go to waste, we aid industries in becoming more sustainable and help them reduce their carbon footprint.”

The Startup4Climate innovation competition has been established with the aim of accelerating the energy transition – to take action and tackle the climate emergency. The best ideas with the greatest measurable climate benefit win. The competition is made possible thanks to a partnership between Ellevio, one of Sweden’s largest electricity grid companies and GodEl, Sweden’s ninth largest electricity company. 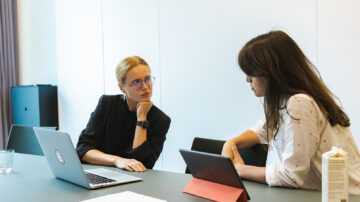 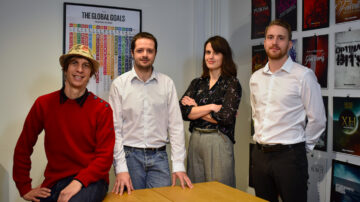