County Governor Nils Hörjel is one of Ideon’s central founders. He secured an investment of 110 million SEK from IKEA. Ikano’s CEO Ingemar Gustafsson was crucial in the implementation and Ikano became the dominant property owner of Ideon in the beginning.

Other important co-creators of Ideon are County Direct Lennart Linder-Aronsson and Sven-Thore Holm, the first CEO for Ideon Science Park.

Some of the first companies in the park were Ericsson, ABB and Axis Communications 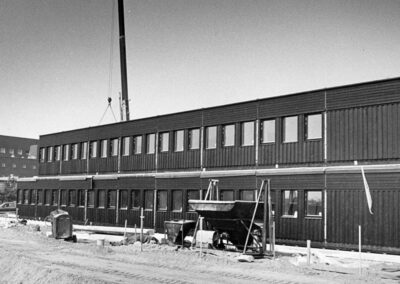 First research pavilion at Ideon in 1983

Ingvar Kamprad and Kjell-Olof Feldt at Ideon Opening in 1984 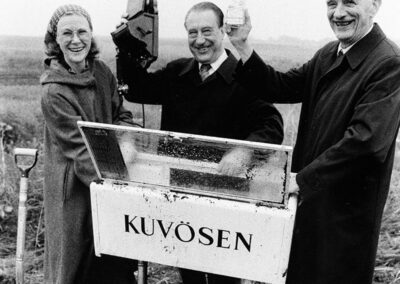 Groundbreaking for Ideon in 1983

Photo by Per Lindström 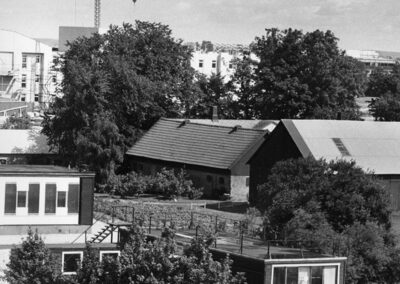 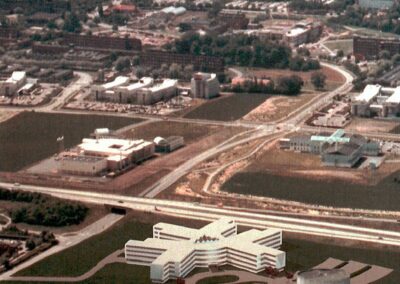 In 1990, there are over 100 companies in the park and around 1000 people working here. Technologies like biotech and data dominate among the new companies.

In 1993, there was a report from the School of Economics at Växjö University that showed that Ideon Science Park had generated over 2000 new jobs. At this time, Ericsson has 250 employees and uses the entire Alfa-building.

On September 30th, 2004, the incubator Ideon Innovation is officially opened! The first registered company in the incubator was Mip Technologies.

In 2006, the Ideon foundation was founded, on initiative from Sven-Thore Holm, Hans Möller and Lennart Prytz. Among the 500 investors, you could find Ingvar Kamprad and Erik Penser.

In 2008, Ideon celebrates 25 years of innovations and invite crown princess Victoria, who visits Bonesupport as one of the Ideon companies. 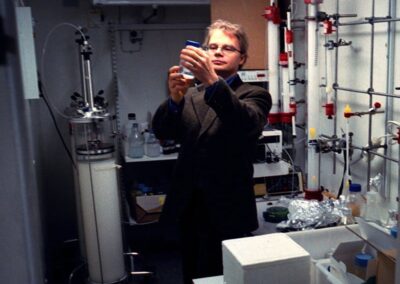 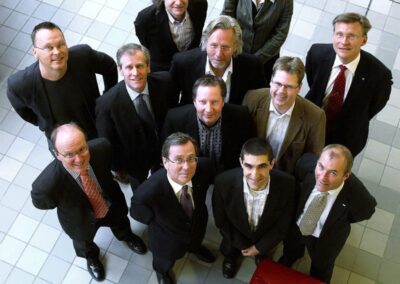 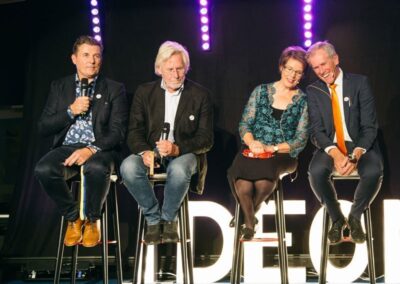 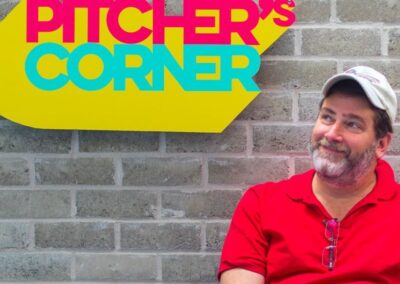 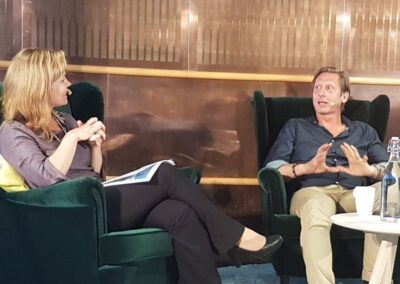 In March 2011, Ideon Agora, the innovation house, is inaugurated. Here, all the innovation support for startups and scaleups are all togehter in one building.

2012, Ideon Open is started, an accelerator for large companies looking to discover new innovations or to get help in solving challenges in a new, entepreneurial way.

In 2013, Ideon Science Park celebrates 30 years and since the start, 10.000 jobs have been created at Ideon. Technology from Ideon is used by million of people every day.

In 2013, Ideon celebrates its 30th anniversary and since its inception, 10,000 jobs have been created at Ideon. Technology from Ideon is used by millions of people every day. Ideon technology also saves lives. A news report from Australia in September 2013 tells the story of mother-of-two Vanessa Tanasio, who was clinically dead for 42 minutes but was saved from death by the LUCAS 2 CPR machine from Physio Control (formerly Jolife). Ideon concists of 350 companies with around 2.700 employees.

The same year, 2013, the new building Ideon Gateway is officially opened. At this time, there are four incubators working in the park; Ideon Innovation, The Creative Plot, LIFT and VentureLab.

Move to 2016 and we’ll see another expansion of the park, when Castellum and Vasakronan joins Wihlborgs as owners of the park, which now concist of 400 companies with around 9.000 co-workers. Mia Rolf becomes the new CEO of Ideon the same year.

In 2018, Ideon celebrated 35 years of innovations! The same year, it was announced that Ideon is an official partner of UNOPS.